So, David Bowie has left us, is no more, gone to join the 9th planet in our solar system and all we’re left with is a mighty fine (the finest?) back catalogue a pop artist has ever provided or bequeathed – FACT!

What can we take from his passing, if anything, and apply to us now in this post Bowie era? As unsigned, struggling artists, singer songwriters , bands, it feels like it’s tougher now than it’s ever been to start out and make it big whilst maintaining a semblance of living standards and existence. But is it really?  Will we just simply never see the likes of him and his generation again? And what exactly were they? What made them so great in our eyes? 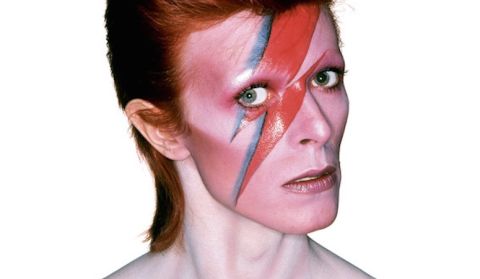 One of the striking things about the stars of the 60’s and 70’s is just how so damn young they all were when they produced their finest music, the musical backdrop to the last 50 years and counting. I’d say all the artists: Bowie, The Beatles, The Stones, The Who, The Kinks, Led Zep, Dylan, Joni, Neil Young, The Eagles, Supertramp, 10cc, Genisis, Pink Floyd… you get the gist… all of them produced their finest work before hitting the age of 30.

Many of the legends and greats never even made it that far (Marc Boylan, Hendrix, Janis and Jim Morrison). Bowie, and many others of course, have gone on way past 30 to produce many more albums, but none with quite the bite and buzz of the earlier stuff. Is it just that it was all so new and fresh and groundbreaking back then?

The difference, say, between what they were producing in 1973 and what had been produced 20 years earlier in 1953 is as stuff from another planet.

Not the case, of course, since. Compare 1973 with 1993, or 1993 with 2013. You get the point. The seismic shift was unparalleled. They were of such a time, of such an aligning of stars & circumstance – born either during or just after the 2nd World War and all that meant to the country, a lack of Fathers, distracted Mothers, desperate losses and physical destruction on home soil, plus the severely austere rationing period well into the 50’s, resulted in the 60’s with a whole order and way of life evaporating, or being forced to, by these larger than life pioneers, pushing at every boundary and knocking loudly at every closed door with such bravery and originality, such belief that anything was possible and that they were great and worth it.

It is an incredible thought that in 1964 the BBC told Bowie (or David Jones then) to cut his hair if he wished to perform on TV with his then band.

When he refused to, they said that they would allow him to perform, but if any viewer complained, at all, they would waive his fee for performing. I kid you not. As it happens, not one did. Even The Beatles, under the conformity of Brian Epstein’s management, totally cleaned up their act, clothes and hair before they were launched upon us, so as not to rock the boat or establishment, and to appear clean and safe for one’s daughter to bring home (a massive part of their early appeal). Not our boy Bowie, and at the tender age of 17 no less!! Fantastic. Would a 17 year-old singer dare do that today, 52 years later? If Apple say, or Google, Facebook or Twitter, or even the BBC for that matter, laid down such a threat and edict… I very much doubt it!! Publicity at any cost, conform to get on would I imagine be the major response.

So, if we can take anything at all from the man, his music, image, fashion, way of life etc, it is surely this – remember his originality, bravery, conviction and strength of character to do and say and sing and wear what the hell he pleased, whenever he pleased, regardless of any consequences and to do so with such grace, humor, wit and charm as to make it all become normal, acceptable and the way – to turn the world upside down and to land on top.

Be inspired, oh creative brethren. Go and produce whatever is bubbling up inside you and to hell with what anyone might think. You could be creating the new tomorrow.

Bowie – The day the music died