Earlier in the year I rang up a vocalist to tell him that his successful mid-level band had been nominated for an award. “That’s fucking incredible!” he laughed. “We’re so stoked I can’t even tell you.” There was a pause and some muffled talking in the background. He asked me to wait a minute and I heard him pace off. About five minutes passed until he returned. I decided the prospect of an award had gone to his head and he’d decided it was fine for me to wait on the line while he took a shit. Eventually he came back: “Sorry, mate. Just had to serve a customer.”

It took me a while to process that he had a bar job. I’d naively thought that once you were filling 3000 cap venues and smashing in the UK rock chart, you probably just slept in late every day, played a few chords and flittered the night way on doing coke off stripper’s navels and drinking premium whiskey on your record label’s tab. The rock star life of leisure.

But, the thing is, that lifestyle is a myth. It’s dead. This year, you can probably count the UK bands comfortably out of the 9-5 grind on one or two hands. Sure, everyone knows musicians don’t make money anymore. But why is it we don’t think about how else they’re reaching a basic level of sustenance and shelter?

Don’t let Taylor Swift’s blockbuster album success convince you that it was anything but an elite anomaly, as music sales continue to dwindle outside of the major releases. Even the 4000% sales boost and explosion of public awareness that Young Fathers received from winning the Mercury Prize was still only enough to take the talented Edinburgh trio up to #35 in the UK charts. Essentially, entering and surviving in 2014’s artistic climate requires you to erase any preconceived notions of what it is to be a “rock star.”

Some artists have turned to Kickstarter to pay for projects and tours now, and they’re still using the traditional method of flogging merch at shows with the vigour of WWF pavement pounders on commission. Touring has the potential to yield some cash, but as any touring band will tell you, you would have to be on the road relentlessly to do more than break even.

The one reliable alternative? Be a normal, boring human. Yep, Britain’s rock stars have day jobs too. Just like the rest of us.

The guys from Gnarwolves have played the mainstage at Reading and Leeds but also all work in pubs, and Sam from Bloody Knees works in a trainer store selling crepes to white boys (just like I did, poor bastard).

Matt Reynolds (pictured below), the vocalist of Baby Godzilla (one of Kerrang’s 20 hottest bands in the world) told me he works in a ping-pong hall. The rest of them work in a real ale pub, Co-op and a McDonalds. Why do they do it when they’re in one of the most exciting live acts in the country? 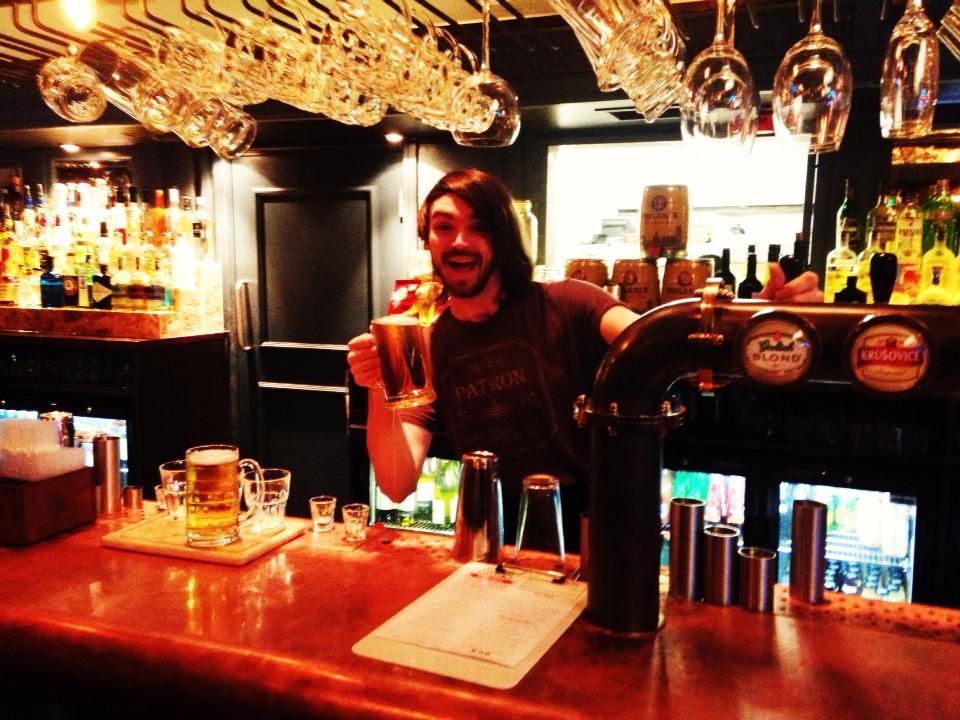 “The usual reasons,” Matt said. “To keep us fed, watered and sheltered. At the moment we put everything that we earn from music right back into the band.” Simply put: he has to eat. “And rocking doesn’t pay the rent!” Shift work or temping like Matt is perfect if you’re in a band. They know they’re your second option and you know they’d replace you with the next pint-pulling monkey that came along.

In their fans’ minds, Baby Godzilla smash up amps and swing on lighting rigs. Not shelf stack at Co-op. But for the musicians, the day job is an unspoken understanding between them all. Josh Redrup, the bassist of hardcore band Palm Reader told me: “Any mid-level (or even higher) band will all have full time jobs. All our friends in bands like us – Dead Harts, Black Dogs – are in the same boat. You’d just assume every band you meet is doing a full time job as well as band stuff.”

Even those that don’t hold down a full time job, have something similar to keep a flow of income. Eva from Rolo Tomassi owns an online store where she sells handmade stuff – cushions, accessories, and merch. “Night Of The Living Thread is something I run from home,” she explained. “When we are away friends and family help out with shipping orders and I’m still able to hand sew when the band takes priority.” She’s managing to be creative, do something she loves and work for herself around her band schedule – a clever career move.
Most contrary to the cultural idea of the lazy maverick is that our rock stars evidently work really, really hard. I asked Matt from Baby Godzilla if he gets deflated coming back from tour to work bar shifts. “Sure, it can sometimes feel like quite a comedown to be on top of a crowd of people one night and right back at work the day after, but it’s very important not to forget where you came from. Without our jobs we probably wouldn’t be able to do this stuff in the first place.”

So our collective understanding of what it means to be a rock star is stuff of fantasy. This wouldn’t be that surprising in itself, if it were just mid-level bands, waiting for their first significant break. But it’s not. If there was a success story of last year it was Deaf Havana. Their album Old Souls was number one in the UK rock chart and placed in the top ten UK Albums Charts, while the band supported Bruce Springsteen and had a headlining tour that ended at Roundhouse.

Chris Pennells (pictured below), the guitarist, technically manages the Barfly venue in Camden. While he does it for love and keeping busy, he told me: “The point we’re at now – I couldn’t afford to live off what I make off the band.” And that’s not about to change anytime soon. “Depending on how stuff goes with the next record it probably won’t be like that for a while.” By anyone’s standards Deaf Havana are a successful UK rock band, so how monstrously bloody big do you have to be to quit your job? (The answer is Royal Blood big, FYI.) 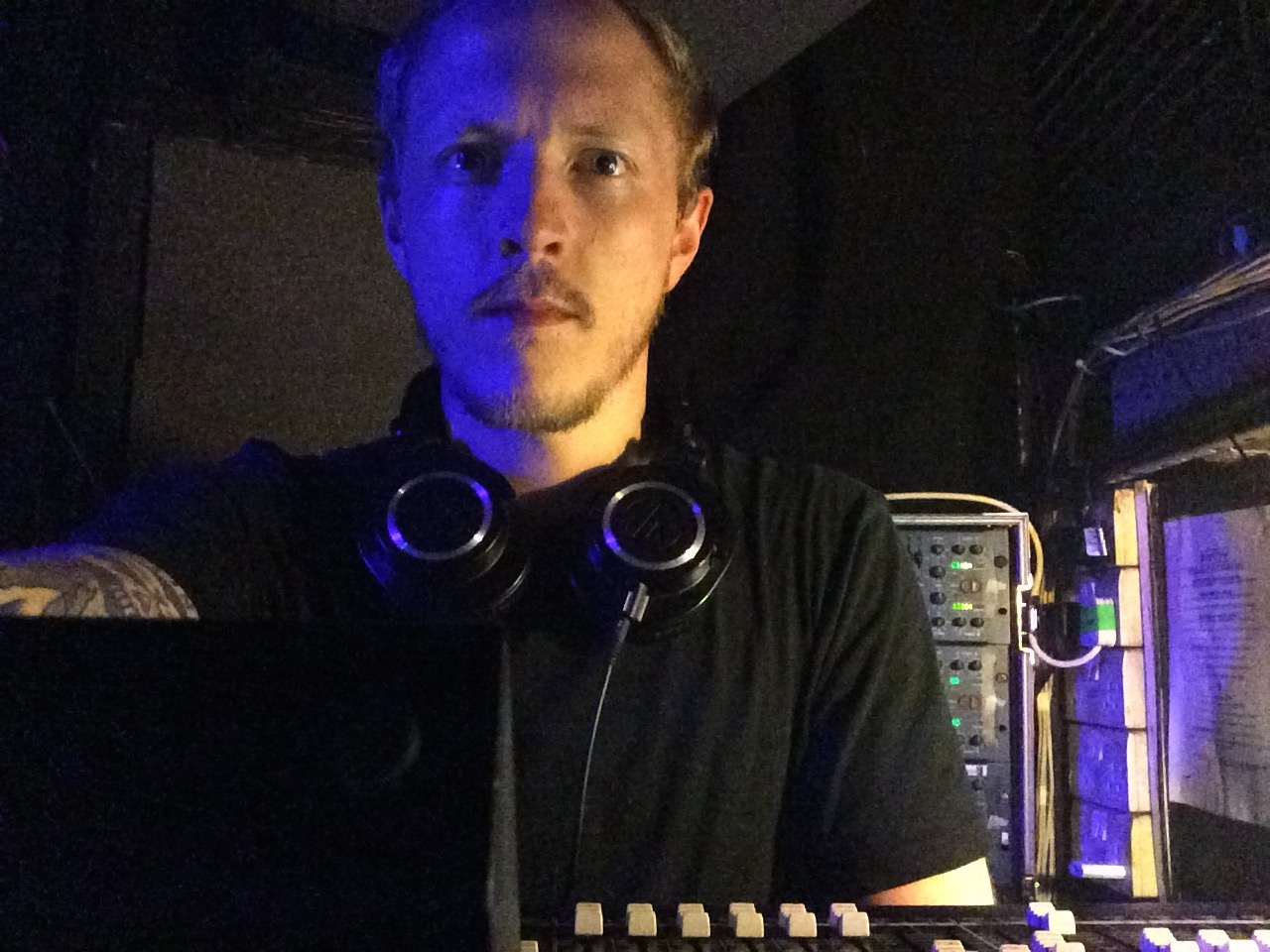 Chris doesn’t mind his situation though. In fact, it’s working out well for him. “It’s a weird thing because people recognise me here at work,” he told me. “They come up and say, ‘what are you doing here? Do you not make enough from band alone?’ And I say a) no and b) why would I not be working even if that was the case?”

He’s obviously one of the lucky ones. He enjoys what he does, having managed to monetise music in some way. There are other musicians like him; like Jordon from The Xcerts who is a sound tech and team manager, currently out with the Wytches, or Jamie from Heart Of A Coward who runs a record label and manages another band.

There’s certainly a degree of difference between working in the industry you love and measuring out G&Ts for bladdered mums. “To be honest, if I didn’t have this and the band broke up, I’d be pretty gutted.” Chris admitted. “It is a good back up. There’s only so much life in a band.”

He’s right. In any new band you’re only ever a few sleeps away from circling the drain. Musicians, whether they like it or not, have to be is money-minded. They need to have side gigs. They need to have “portfolio careers”. They have to be the epitome of this rock star businessperson, Oli Sykes, who essentially became a teenage millionaire after launching his clothing line Drop Dead back in the MySpace days.

The truth is, almost all of your favourite UK bands are struggling – even at the peak of success. They’re hardworking, modest grinders just like the rest of us. For this reason, if no other, we should be putting as much money into our bands as we can. We shouldn’t sneer when we see a Kickstarter for a tour. Instead, we should donate if it’s a project we really want to see come to fruition. We should do what we can to buy merch and physical copies of albums. Oh, and please can we be extra polite to whoever is on the checkouts at the Co-op this weekend, because they’re probably in one of our favourite bands. 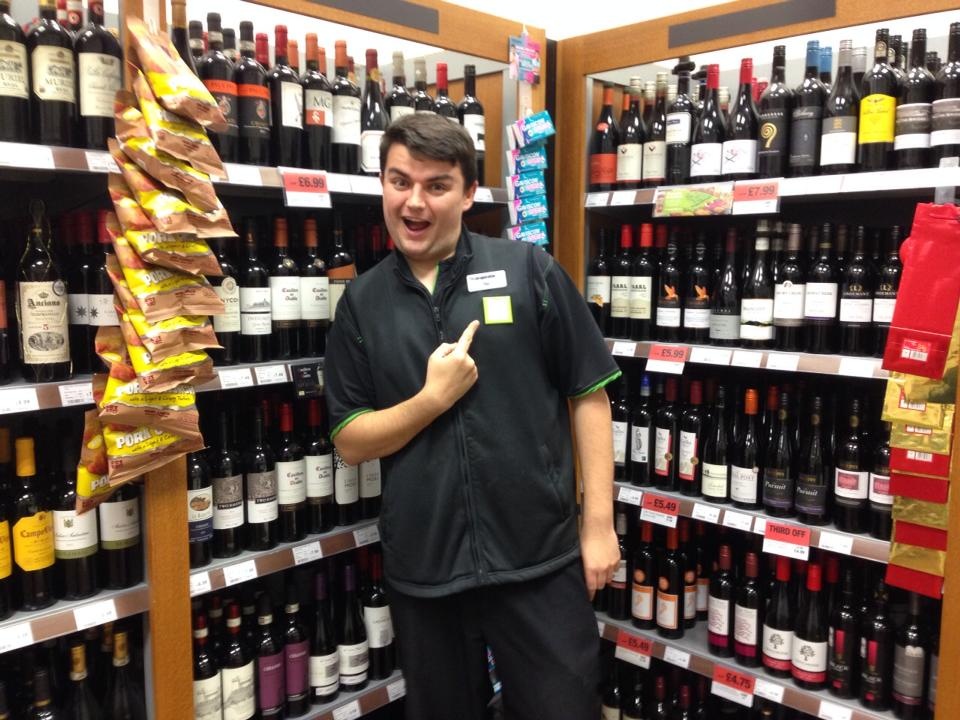 ITS NOT ALL LIMO’S YOU KNOW